École 42 is a French institution specialized in free and open courses without any prerequisites. During 2 to 5 years, the school trains hundreds of developers by proposing the “self-study” learning method through dozens of projects and programming rushs (called “pools”).

Created in 2013 by Xavier Niel (President Station F) and Nicolas Sadirac (ex-Director Epitech, École 42 is a French Computer Science institution that prepares students for the computer and code development professions. By training young people from all horizons, École 42 intends to highlight the capacity of innovation and digital transformation of companies in France and around the world.

At École 42, there is no course and no teachers, it is only learning peer-to-peer (or self-study). There are no notes and everyone progresses at their own pace through dozens of projects (team or alone) as well as many programming rushes (inspired by the EPITA and Epitech “pool”).

To join École 42, no prerequisites are needed, but only a period of programming rush, called the “Piscine” (or pool) : It is an immersion in the world of coding, used to identify the most motivated students. During 1 month, you will be able to discover the different aspects of the school and its method of learning. Best thing ? You can sleep for free in the school during this period. 2 weeks after the end of the pool, you will receive your results telling you if you can join the school or not.

If you succeed, the training will last from 2 to 5 years according to your choice of studies. The program at École 42 is divided into 2 main parts : the compulsory notions to be acquired for a permanent job as a developer, such as network or algorithmic, followed by a phase of improvement during which the student can discover the many facets of development (Security, Artificial Intelligence, Deep learning, AR/VR, etc).

At the end of your studies, École 42 does not give a state-recognized degree, as the school is not officially considered as school but more as a non-profit association. However, the expertise of developers from 42 is now recognized in many companies around the world. 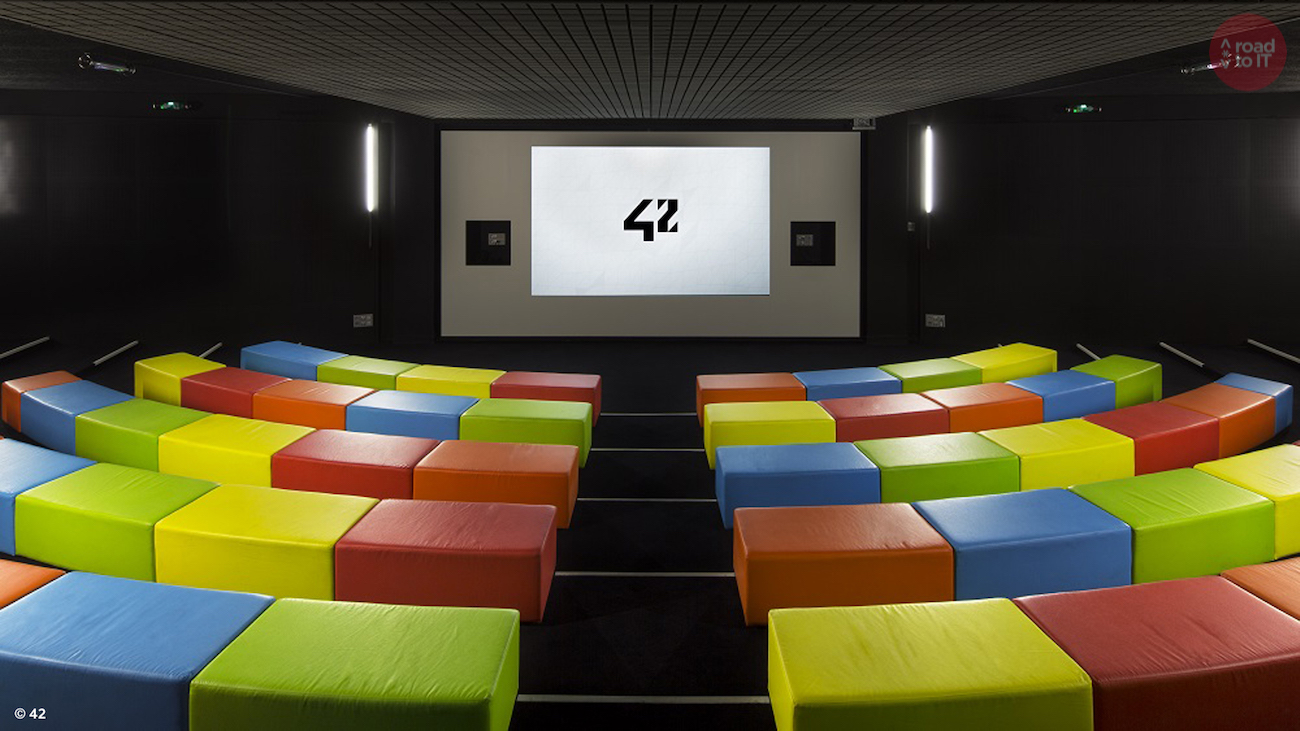 A campus open all the time

The French campus of École 42 is located in the north of Paris, in a recent and well-equipped building. You will find dormitories, a canteen, food trucks, gaming areas, conference rooms and many machine rooms with computers (running macOS). The school currently has 9 clubs, including air-soft, training and sale of business services.

A few months ago, 42 France announced the expansion of the initial campus with the initiative “Not A Campus” (NOC). This new campus will include club space, open-spaces, a collaborative grocery store, a fitness room, a student residence, green spaces and gardens (open to everyone).

Nota Bene : Due to growing interest of the École 42’s method around the world, the school opened a second campus a few years ago, in the Silicon Valley (Fremont, CA). The philosophy is the same and if you are interested in the American campus, don’t hesitate to visit their website 42.us.org.